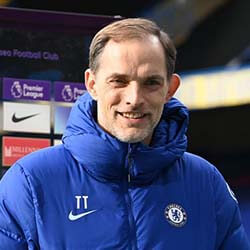 Chelsea boss Thomas Tuchel this week insisted that business as usual continues for Chelsea despite the club having been placed in a precarious suspension by UK government sanctions.

Tuchel, who seems to have settled into effectively dealing with questions regarding the future of the club, spoke to the press following Chelsea’s 3-1 win over Norwich. When asked whether the evening felt strange in any way, he responded with a resounding “no”. He added that right now, it helps to have a set structure. He said while sanctions are creating an all-new level of distraction right now, the club and its players have accepted the situation with the help of the love of the game.

Chelsea escaped last-minute pressure from Norwich right ahead of scoring their third and final goal with the help of Kai Havertz. Of this, Tuchel said despite Chelsea having clearly struggled to keep their opponents at bay, this had nothing at all to do with distractions or sanctions.

But the sanctions placed on owner Abramovich has also had an effect on the club’s women’s side. According to Emma Hayes, the developments around the sanctions had been a significant moment for the side. She however called for patience to be shown by everybody associated with the club.

Hayes, who took over as manager of the women’s side in 2012, said she believed both sides deserved the time and space to do things right going forward. She said the players will in the meantime simply continue to do their job.